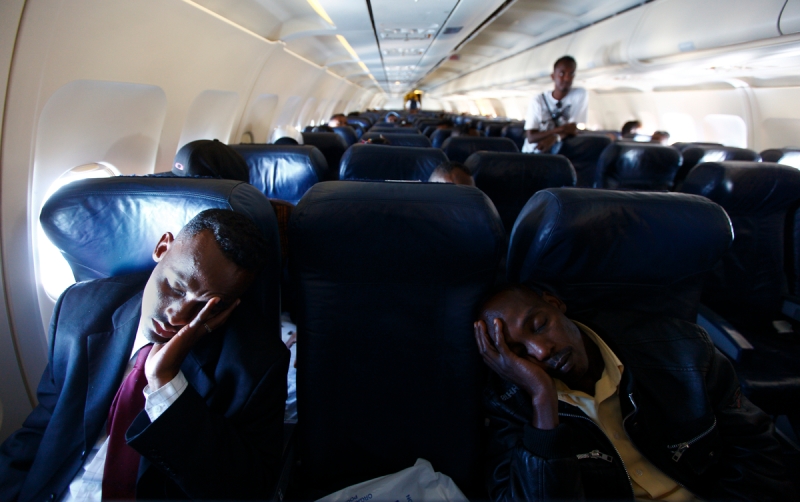 Refugees sleep on a plane heading to Paris from Malta July 5, 2010. A group of 93 African and Iraqi refugees were relocated to France on Monday as part of the intra-EU Relocation from Malta (EUREMA) pilot project, which aims to relocate refugees from Malta to other EU member states.

I was sent to the airport to cover the departure of 93 immigrants who were being relocated to France.  I imagined the assignment would take an hour or so.  When I got there, a French embassy official told me I could join the immigrants on the flight to France if I wished.

As their charter flight was going to be delayed by a few hours, I had just enough time to buy a ticket for the flight back home, book an overnight hotel in Paris and dash home to pick up my passport, a change of underwear and my toothbrush.