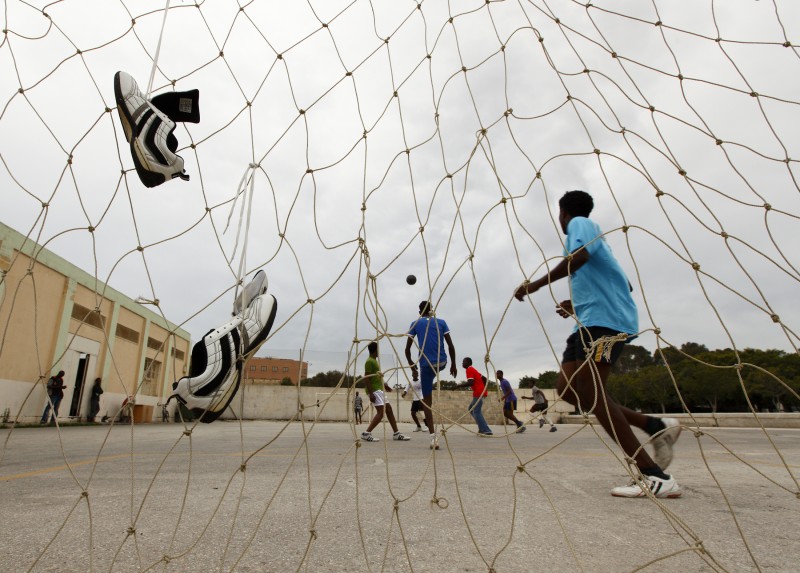 African immigrants play football at the Marsa Open Centre in Marsa in Valletta’s Grand Harbour May 29, 2010.\

I took this picture as part of a feature about the residents at the Marsa Open Centre waiting for the first World Cup to be played in Africa in the run up to the 2010 World Cup in South Africa. I placed myself behind the goal net, focusing on the shoes hanging in the net and waited for the right action to take place on the pitch. I didn’t want something happening right in the goal mouth, as that would have cluttered the picture.

Also, I had absolutely no protection from any hard shots coming my way so I didn’t want to stay in that spot for long. I used manual exposure for the shot – using any of the semi-automatic modes would have left me with a heavily under-exposed picture as the camera’s metering would have been fooled by the sky which dominates the image.
Canon EOS 5D Mark II
Canon EF16-35mm f/2.8L II USM
Focal length 16mm
Shutter 1/250 sec
Aperture f/9
ISO 400
Manual exposure