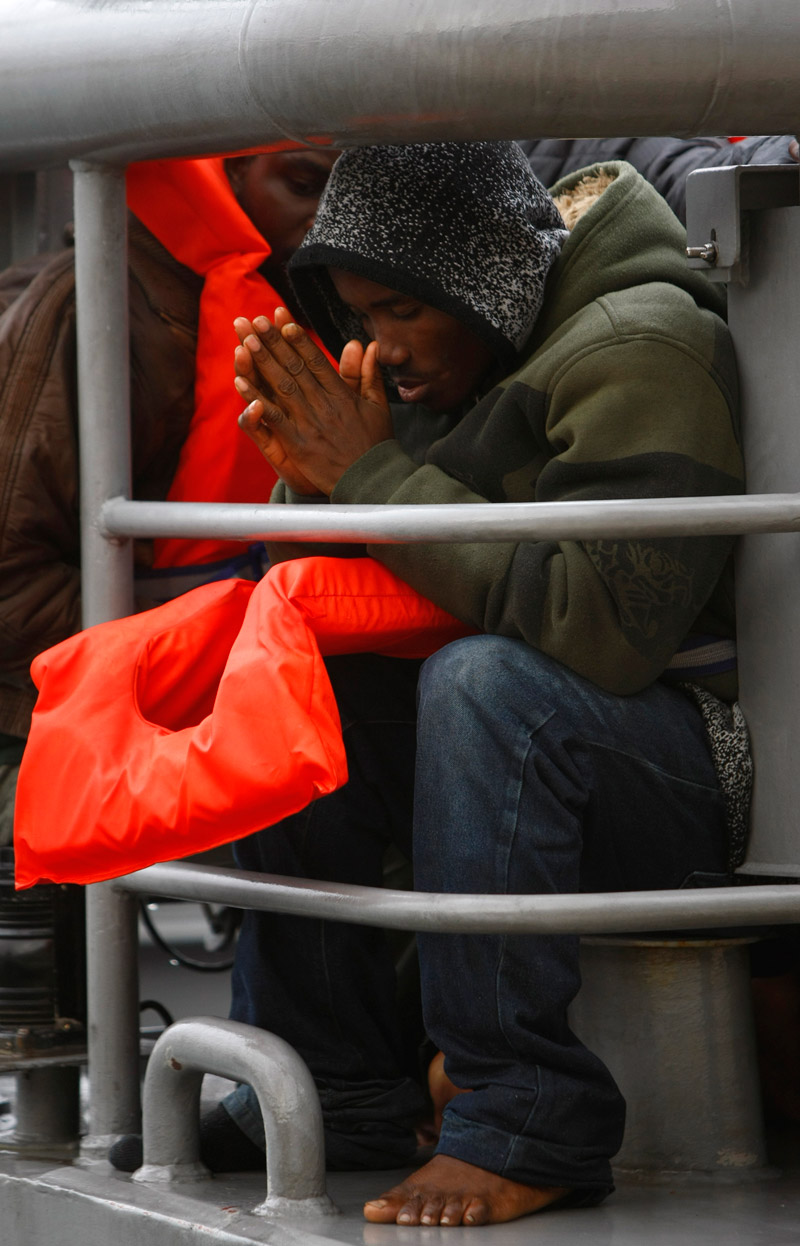 A man prays while sitting on the deck of an Armed Forces of Malta (AFM) patrol boat as it arrives at the AFM Maritime Squadron base at Haywharf in Valletta’s Marsamxett Harbour December 29, 2008. Some 140 African migrants, believed to be from Somalia, Ghana and Nigeria, were rescued by the AFM 87 nautical miles south-south-west of Malta when they found themselves in difficulty while on their way to reach European soil from Africa, authorities said

I noticed this half-barefoot immigrant fervently praying at the stern of the army patrol boat as it berthed at its base and instantly knew that that was going to be the picture.  I’ve often been asked why I bother covering so many arrivals at the same base, with people saying it’s always the same sort of scene.  Except that it isn’t.  The challenge is to always spot something different, come up with a picture that hasn’t been seen before.

This image was important to me because it showed the Maltese public that their fears of an Islamic invasion were a load of nonsense – that many of the arriving immigrants share the same Christian religion as the majority of the Maltese.