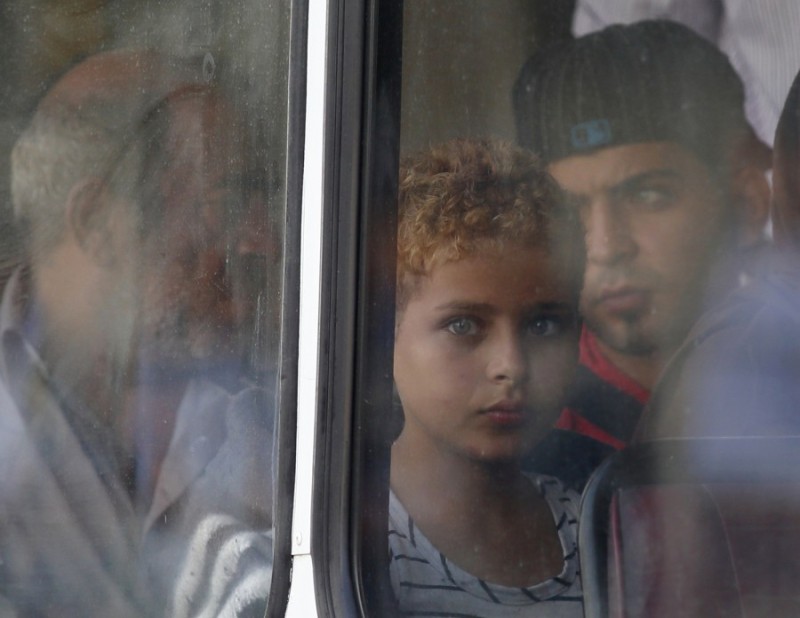 A rescued migrant child looks out of the window of a police bus after arriving at the Armed Forces of Malta Maritime Squadron base at Haywharf in Valletta’s Marsamxett Harbour October 12, 2013. Dozens of people died on Friday when a boat carrying around 250 migrants capsized between Sicily and Tunisia, in the second such shipwreck this month, the Italian coastguard said. 147 survivors, believed to all be Syrians, arrived in Malta on Saturday morning, according to local media.

Last October I photographed this young Palestinian boy from Syria – a survivor of the Lampedusa shipwreck which left hundreds dead – as he landed, cold and traumatized, in Malta off a rescue boat. His blond features and blue eyes drew me in the moment I noticed him – I instantly felt I was shooting an incredibly powerful portrait which was also very different from the portraits I get of migrants landing here.

About a week later, I met and had a chat with him at one of the open centres. We didn’t manage to talk much – he was too busy buzzing around the camp on a bicycle! Earlier this month, I spotted him, fully integrated with his Maltese classmates during a school sports day, having the time of his life.

It was awe-inspiring and moving to see the transformation in the kid, thanks in no small part to his very dedicated and wonderful teacher, headmistress and classmates.