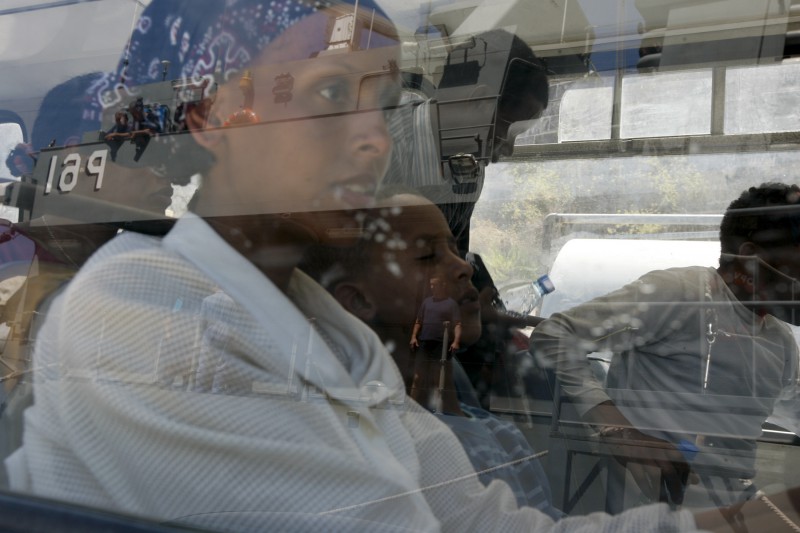 Asylum seekers sit in a police bus after disembarking from an Armed Forces of Malta (AFM) patrol boat, reflected in the bus window, at the AFM Maritime Squadron base at Haywharf in Valletta’s Marsamxett Harbour July 26, 2007. The Armed Forces of Malta rescued twenty-nine asylum seekers when their makeshift boat started taking on water 60 nautical miles south of Malta while on their way to reach European soil from Africa.

Sometimes you can miss real gems when rushing to edit and file your pictures after an event. This is one of those – I only came across some five years later when going back through the thousands of images I’ve shot on this long-term story. The reflection of the patrol boat and the AFM sailor, right over the child’s face, must have caught my eye at the time.