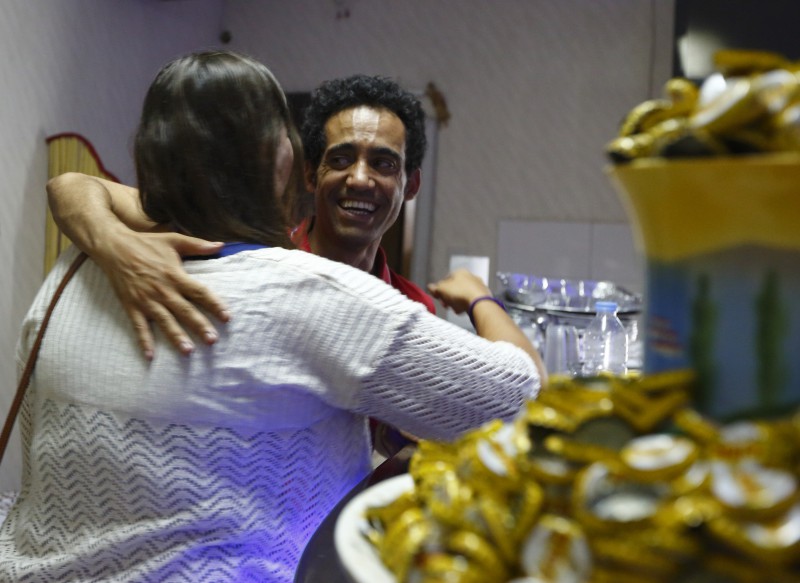 Eritrean restaurateur and entrepreneur Yonas Oukubamichael embraces a Maltese friend and client after serving dinner at his restaurant Selam in Hamrun June 22, 2014.

Yonas arrived in Malta ten years ago, fleeing war and persecution in his native Eritrea. Unlike many migrants who have landed in Malta, he has carved out a life for himself on the island, making it his home. His is a success story – he runs an internet cafe and restaurant offering typical Eritrean cuisine.

I spent an afternoon and evening with him, taking pictures as he prepared and served dinner for a large pre-booked group. Of all the images I made that day, this, one of the last pictures in the series, is my favourite. The expression on his face, as the Maltese client who organised the group came to hug him before leaving, is priceless. Though it’s not the sharpest of images, that doesn’t bother me in the least. Whilst there, I took the opportunity to eat as well – I highly recommend it, it was second to none.